Adventure Where We Live – Railroad Tunnel

There’s a new weapon in the arsenal against wildfire, but it’s a pilot program now.

Founder Jim Aamodt has blended a chemical from food grade ingredients that releases water vapor when heated by fire or embers.

“It is an exciting new technology,” he said. “A pre-emptive wildfire treatment.”

The company would come to a client’s home and spray it, as pest control companies spray. In fact, AWD has a very similar business model to a bug spray company hired on a monthly basis.

In their new offices off North Beeline Highway in the Swiss Village, Dennis Rioccio and his wife Brenda have launched the pilot program for the distribution and sale of the product.

“I’m a native Arizonan from Tucson and I know you couldn’t find a better laboratory to do the initial pilot,” said Dennis about Payson’s threat from wildfire.

The company made a presentation to Kevin McCully, Payson’s fuels manager. He has not endorsed this product.

To show the product’s potential, Daniel Enloe, a partner in the company dipped a strip of newspaper in the spray. Then he lit the paper. It burned quickly until it reached the treated section, where it fizzled out.

Intrigued, McCully cautioned this product should not take the place of good, old-fashioned Firewise clearing and cleaning of duff, brush, and lower tree limbs.

Aamodt agreed, “Firewise shows an 85% success rate” to protect a home against a wildfire.

McCully then asked about the company’s claim the product lasts long term.

“The longest I have seen, I pulled out samples that are 15 years old that were still active,” said Aamodt.

He then explained the only way to remove the product is to add water.

“Because of the environment, we suggest redoing (the spray) at the end of each rainy season,” said Aamodt.

McCully then asked if the product would work on wooden decks.

Aamodt said the company used to spray decks but learned that “it is going to be the grass below the deck that starts on fire” so the company focuses on the vegetation, alive and downed that surround the property.

McCully then asked how Aamodt’s spray is different than the gels and foams already on the market.

“Gels will last until they dry out,” said Aamodt. “Foams will last up to an hour (and) are subject to being blown away.”

That means a homeowner must apply the gel or foam shortly before the fire arrives for any protection.

With AWD’s spray, it can be applied at the beginning of the fire season and remain until the monsoon starts.

In the past, Aamodt worked with insurance companies who hired his company to spray their clients’ homes.

Now the company would like to offer the spray to individual homeowners. 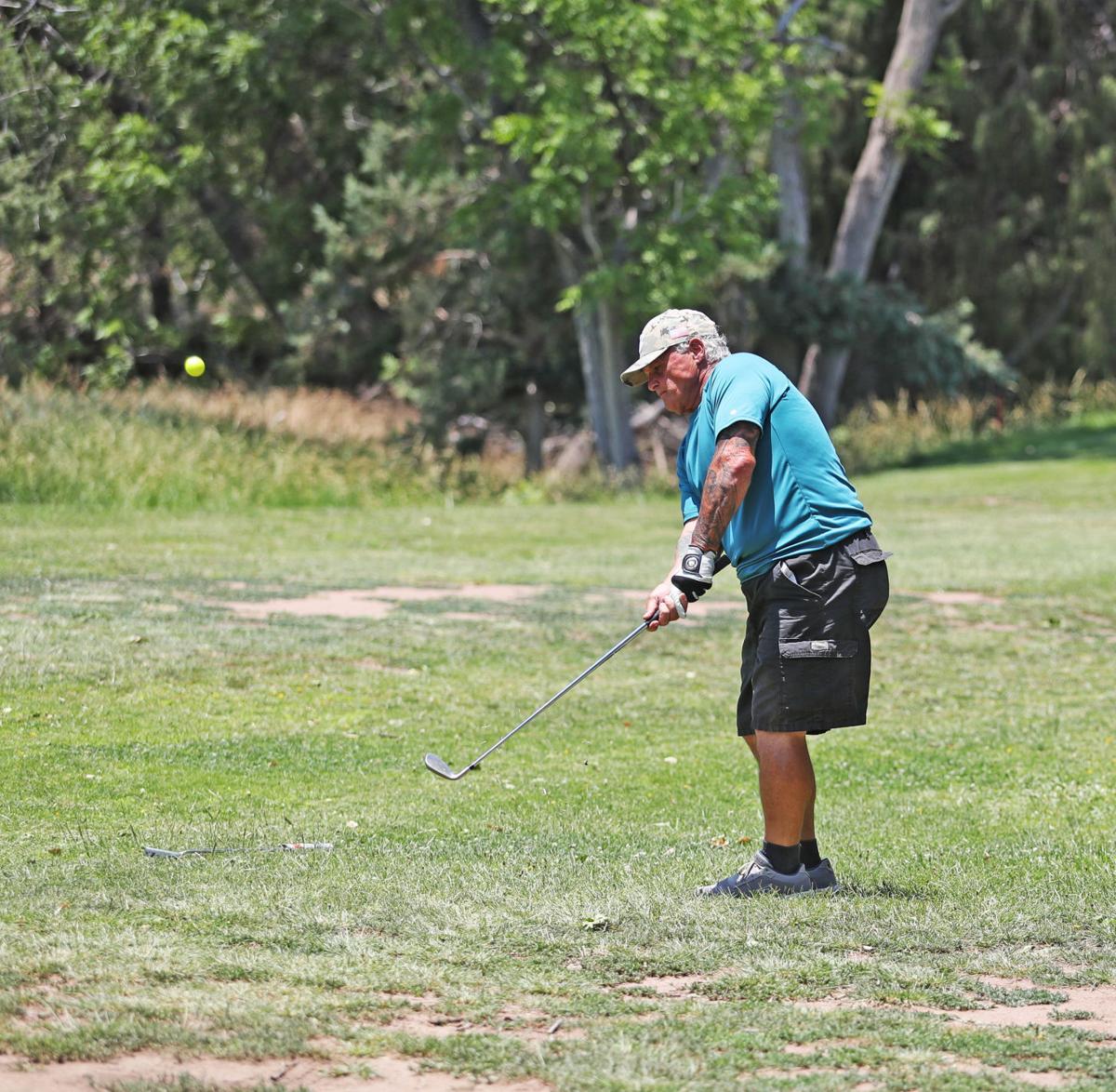